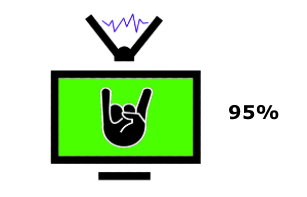 A stage director and his actor wife struggle through a grueling, coast-to-coast divorce that pushes them to their personal and creative extremes.

With real world issues, Noah does so well to make it engaging and interesting throughout. He use the characters lives to make a story that flowed, one was a director, the other an actor. It gave us as watchers something to chew on, even with the added pressure of the divorce and having to move to LA, it made it even more exciting. I’m glad he didn’t exaggerate the real life issues because it made it more relatable and therefore the payoff was larger.

A heartfelt and emotional story that rings true for many people. It doesn’t try to be ‘Hollywood material’ for the masses, instead it focuses on a gripping story with in-depth characters. It shows us the effects of a divorce for the adults and what happens when a child is involved and how the child can be used as leverage.

Very intimate shots that give us a good look into their lives and what they struggle with most. The place for each scene helped move the story along and didn’t ruin any of the emotional scenes. It was straight to the point and gave us the gritty narrative and broken characters that we needed.

A humble cast that I wouldn’t change for anything. Scarlett and Adam make a very convincing couple that try to get through the tough time. We get to see how both characters cope with the split and what effect it has on their lives. Both actors show an array of emotions that make it so enjoyable and heartbreaking to watch. Another great actor was Laura Dern, she showed what a woman could become after a divorce; a hard exterior and a take no prisoners attitude. The whole cast took this very seriously and with passion and it paid off.

I hope this helped you out, check my other social medias to stay update with all the latest reviews: